Category: Shoes in the News

I was searching the internet a while back and I came across a book titled History of Seattle from the earliest settlement to the present in Google Books, with a chapter called Boot And Shoe Making.

I have no idea how accurate this book is historically, but if it’s at all correct, John McDonald, who announced on April 5th, 1866 in the Puget Sound Semi-Weekly that he had opened a boot and shoe making shop on Yesler Way, was most likely the first shoe maker to set up shop in Seattle. That was 145 years ago! 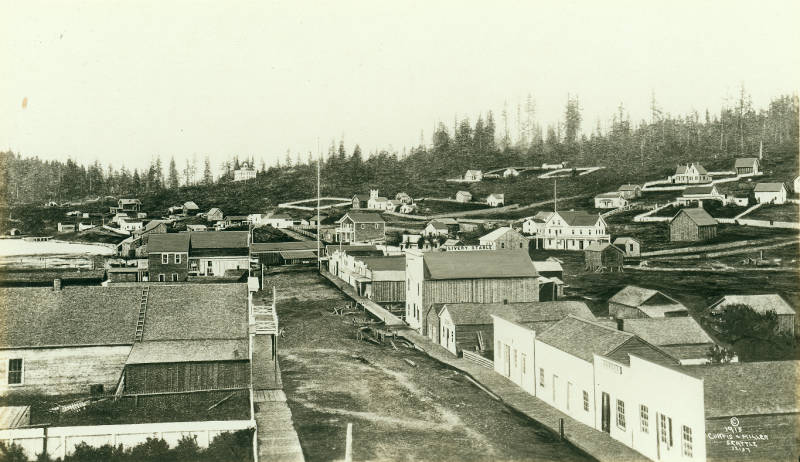 In 1866, Seattle was a small frontier town with a population of around 1,000 people (In 1870 for example, Seattle’s population was 1,107), and was about as far away from New England, the shoe making center of the United States at that time, as one could get. It had only been one year earlier that The American Civil War had ended.

John McDonald most likely used a sewing machine to make his shoe and boot uppers, which had been adapted for making shoe uppers around 1851, but everything else involved in making shoes and boots would have been done by hand. The Blake/McKay Machine for stitching on soles had been introduced in 1958, but was very slow to be adopted, and the Goodyear Welt Stitcher wasn’t in use until the 1870’s. It’s a bit surprising, but the way that John McDonald made and I make shoes are for the most part the same!

John McDonald wasn’t alone for long. According to the book, in August of 1866, The Wold Brothers opened a shoe making shop and “would make boots at prices ranging from $8.00 to $13.00 per pair.” 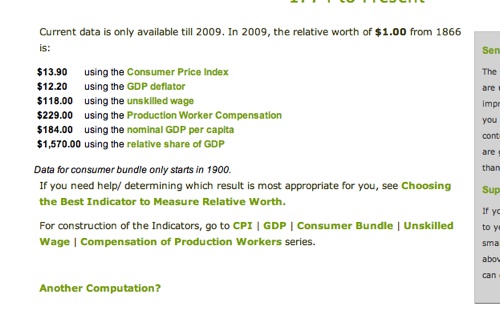 According to measuringworth.com, “if you are wondering how “affordable” this would be to the average person, use the GDP per capita, or a wage or average earnings index.” Ok, so how expensive would the Wold Brothers’ shoes and boots be today? 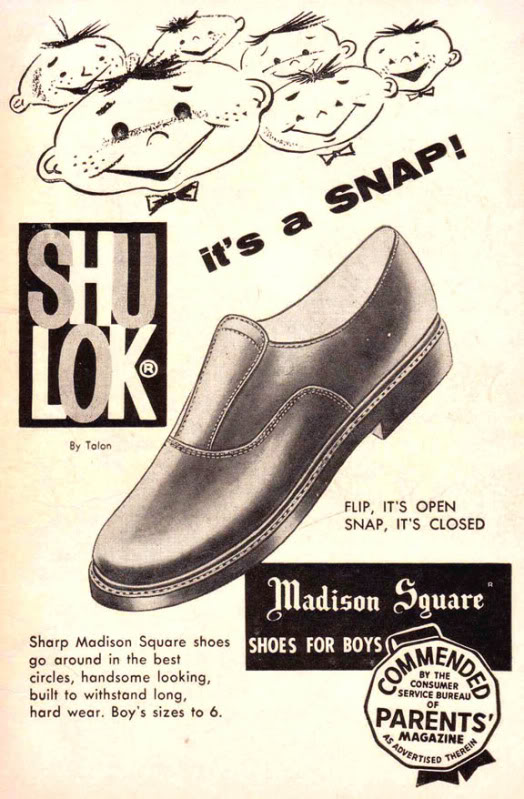 The Shu-Lok Fastener was manufactured by Talon, Inc., Shu-Lok Fastener Division, of Meadville, Pennsylvania, and a freelance inventor-mechanic named Clive B. Forrester originated the idea for the shoe fastener and brought it to Talon in 1948. It was not until 1955 that Forrester, retained by Talon for seven years, had improved his closure enough to go into production. 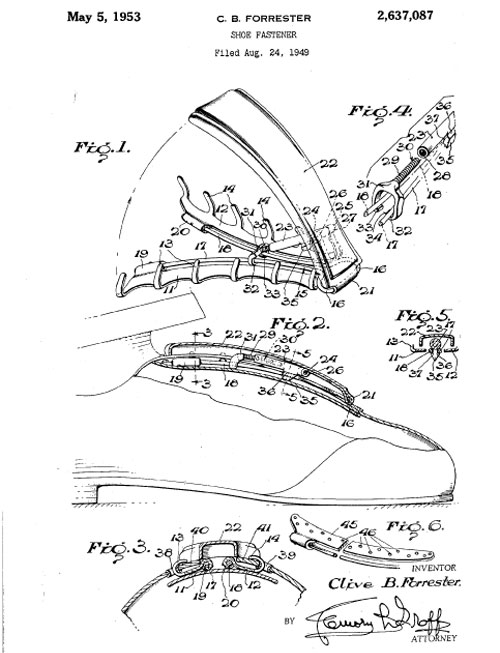 I found these shoes in a thrift-shop over a decade ago. I really didn’t know anything about them, just thought they were cool. I wore them a few times, but they were slightly too big, so I put them in a box and then completely forgot about them.

Recently I was searching for something and found them again, and looking at them now through a shoemaker’s eye, wow I thought, these shoes are crazy!

So with the only information about the shoes that I could find, “TALON SHU-LOK” stamped on the closing fastener, I did a little research… 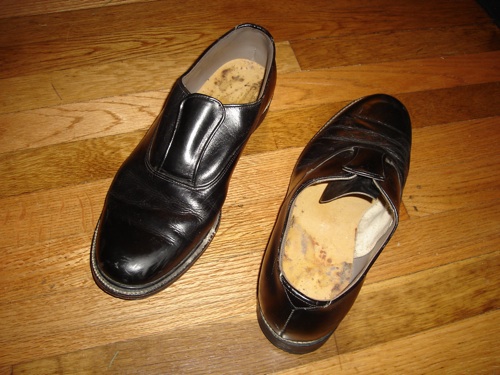 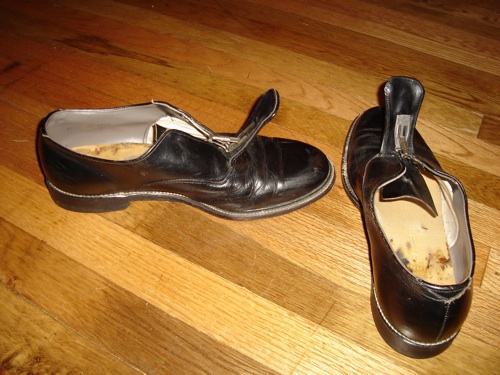 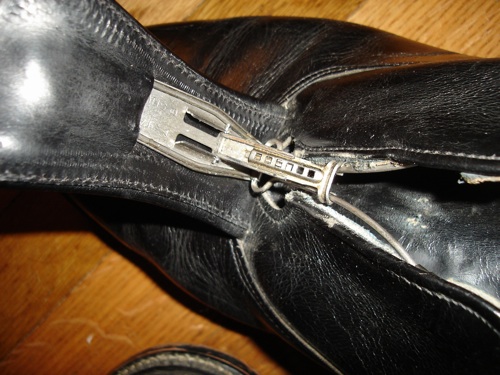 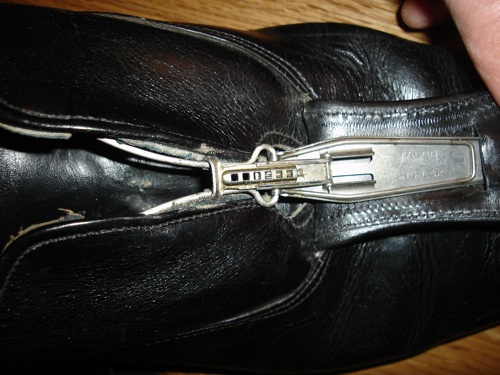 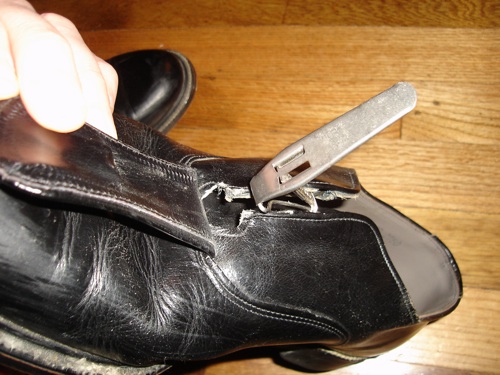 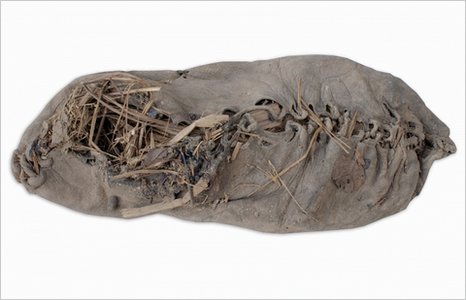 Link to BBC News article and Link to the research paper

Put This On, Episode 2: Shoes

Put This On, Episode 2: Shoes from Put This On on Vimeo.

Shoes may have changed how we run