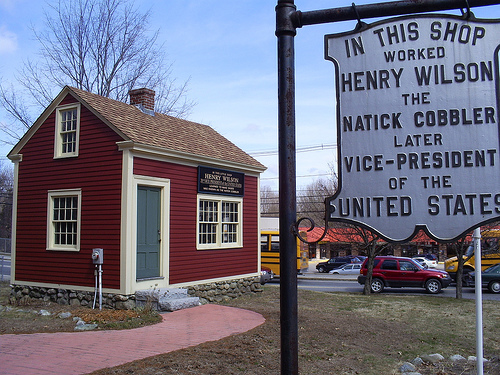 In addition to slaying dragons, being a Vice-President also seems to be suitable job for a shoemaker. 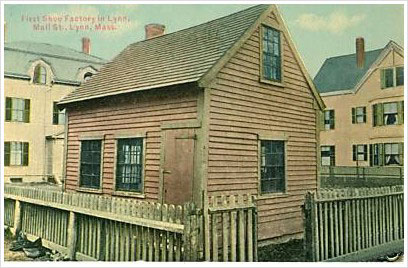 This Ten Footer was located in Lynn, Massachusetts, once the “shoe capital of the world.” 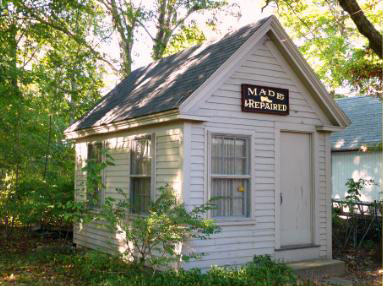 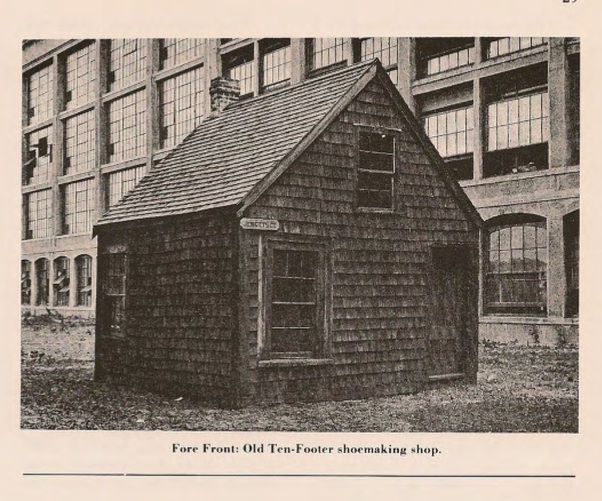 A photo of another “Ten Footer” backyard shoe making shop. 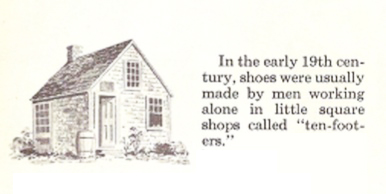